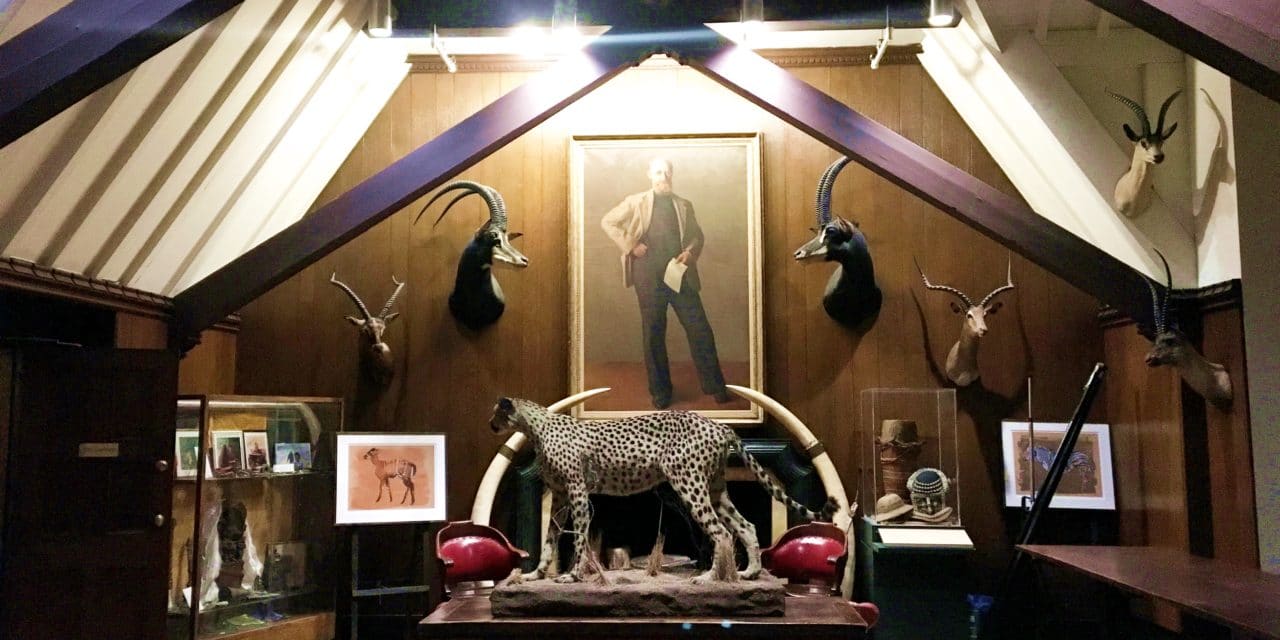 With the New York Adventure Club, you can catch a glimpse behind the eerie facades of old factory buildings, walk through derelict theatres, or experience what it’s like to be part of an exclusive members-only club.

What started out as a fun way of getting to know his adoptive city has now evolved into an engaged, online community for Corey William Schneider. And by joining one of his tours, you can avoid the tourist traps, and discover the hidden gems of New York City.

When Corey William Schneider first moved to New York City, he wanted to find the undiscovered parts of his adoptive city. But, he quickly discovered that it was a lonely affair. In the attempt of making it more of a social event, he invited a few friends to tag along on his adventures. And soon, the group of friends grew and they started exploring new places every Saturday.

To keep everyone updated and engaged, Schneider started a Facebook group where he could share details of the upcoming tours. And, slowly but surely, the group started growing with new and curious minds – all of them eager to see a new side of New York.

As the word of his tours spread around the city, Schneider found himself stunned by the amount of people who wanted to discover New York in a different way. Shortly after, the New York Adventure Club was born, and Schneider started working full-time on his project. These days, the group has more than 10,000 members, and Schneider is currently running an average of 10 tours and events every single week.

Luckily for Schneider, he is no longer working alone. Instead, he is now working with a wide range of local guides who are all keen on sharing their piece of the Big Apple.

Let’s get one thing clear: the experience you will have with the New York Adventure Club is anything but ordinary. It’s not like something you will come across in traditional guide books, and it’s certainly not an event that’s being strongly marketed towards the millions of tourists visiting every year. You might even say that the tour company itself is a bit of a hidden gem.

While the tours are created with native New Yorkers in mind, they are also perfect for visitors wanting to stray off the beaten path. However, there’s only a limited amount of available spots on each tour, so it’s wise to be early if you want to save yourself a seat. Schneider updates the event calendar 3-4 weeks ahead of time, meaning that the events will always be tailored to the season or other big events going on at the same time.

I received a tip about New York Adventure Club right before my last trip, and I excitedly joined the group and started looking for events that fitted my schedule. And there were plenty to choose from!

The events on offer involved journeying down into the dark and hidden parts of the New York Subway, a tour seeing graffiti-covered hotels, and even a flying trapeze class – to mention just a few. What ended up catching my interest, however, was an exclusive visit to the infamous Explorers Club. Here, the many famous members regularly meet behind closed doors to talk about their future expeditions and adventures. Over a fancy drink, of course. And, for one day only, I was going to get a glimpse of what their headquarters looked like. 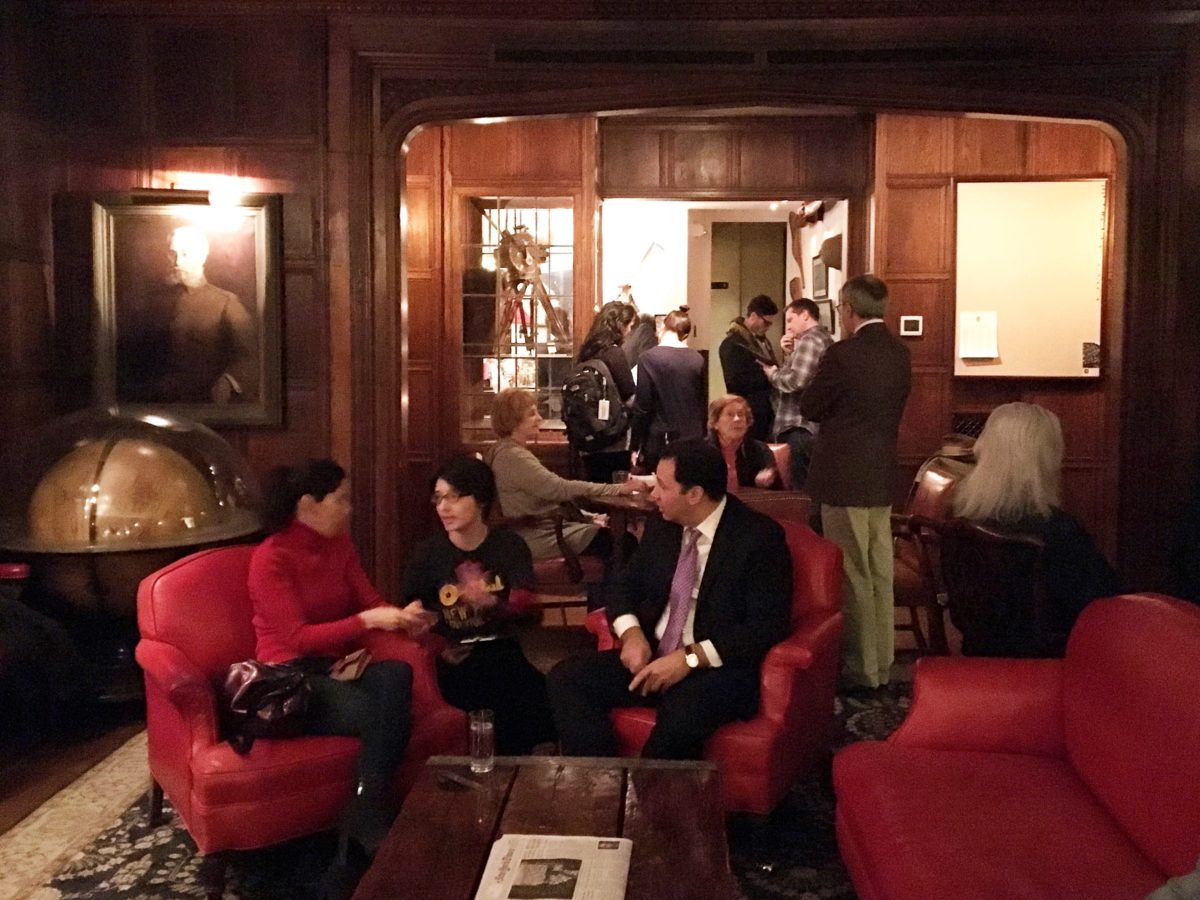 The Explorer Club in New York.

Going Behind the Scenes at the Explorers Club

Who are the Members of The Explorers Club?

Well, The Explorers Club is just what it sounds like – it’s a private club for explorers. Members include famous scientists and adventurers, polar explorers and mountain climbers. They are all brave and unafraid, curious and calculating. And they have all made a positive impact on the world we live in. Famous members include Roald Amundsen, the first man to reach the South Pole, Charles Lindbergh, the first man to fly solo across the Atlantic, and Neil Armstrong, the first man to ever set foot on the moon. The club also hands out the Explorers Club Medal to members who have contributed greatly to either scientific research or human welfare. Roald Amundsen, Fridtjof Nansen and Thor Heyerdal are amongst the famous explorers who have received the medal.

The Explorer Club House: Members Only

The New York club house is only open for members, so I felt incredibly privileged to set foot in the historic building. The building contains a vast amount interesting and exotic artifacts that have been donated to the club throughout its long history. Every painting, every artifact, and every piece of furniture seems to tell their own story of long lost times and far away places. There’s a table that once used to be on one of the ships that survived Pearl Harbour, and you can sit in a chair from 1742, which once belonged in Westminster Abbey. I was also intrigued to find the globe that Thor Heyerdal used when he planned his Kon Tiki expedition, and in the bar I discovered the camera that was used to film Wings. In the board room, there’s even the desk that Theodore Roosevelt sat on when he planned the Panama Canal. Each artifact has a story to tell, and I could easily spend several days here trying to discover it all.

It shouldn’t come as a surprise that the Explorer Club have their own flag that members can bring with them on expeditions. Several flags have already been on more than 30-40 different tours, and there’s one flag that has been to both the highest and the deepest point on earth. While the new flags are being used on expeditions, some of the more historic ones are being stored in New York full-time. Especially worth mentioning are the miniature flag that went with Armstrong to the moon in 1969, and the flag that traveled on Kon Tiki with Heyerdal.

The Explorers Club is known for more than just their many international adventures – the club’s more culinary adventures also occassionally make headlines. Their annual dinner party is an extravagant affair, and it’s infamous for its many exotic dishes – in previous years, they have served deep-fried scorpions and strawberries topped with insects. As a bar snack, they also serve dried insects. It’s undoubtedly an acquired taste, but it’s apparently highly popular with their members.

Robin Dale Oen is a Member of the Explorers Club

Although the club is known for its many famous members, such as Nansen and Amundsen, the board is still aiming to stay relevant and they regularly invite interesting scientists and explorers to join the society. One such member is Robin Dale Oen, brother of the late Alexander Dale Oen. Robin’s charity, the Dale Oen Experience (DOE), along with his many expeditions clearly qualified him for membership. 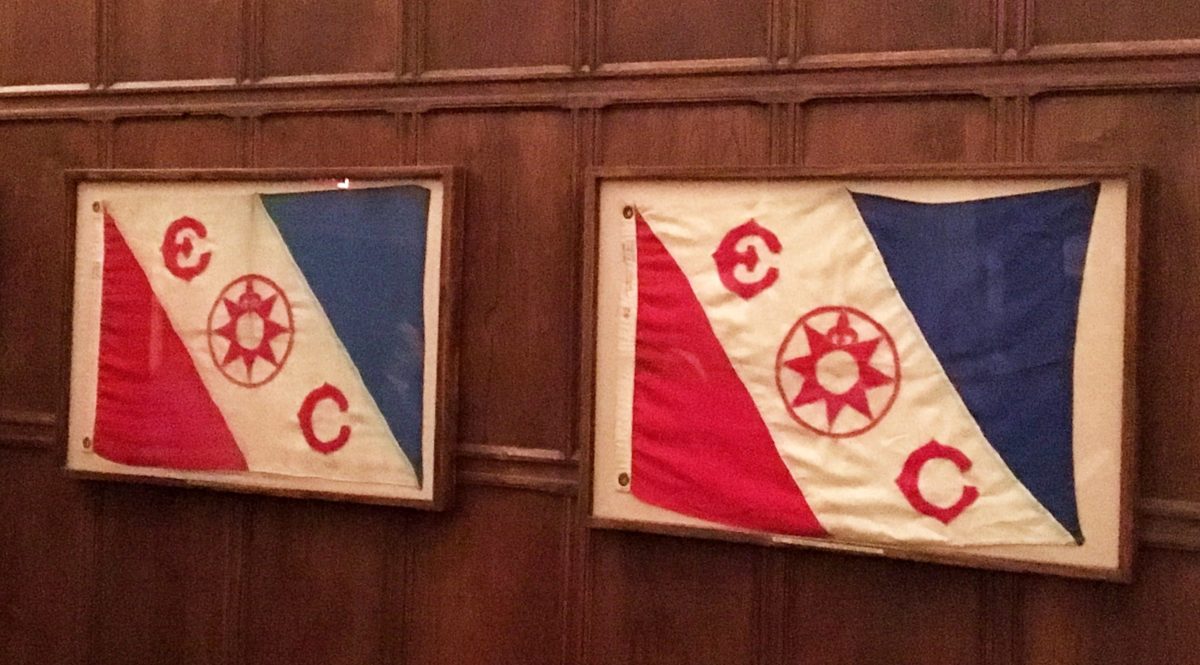 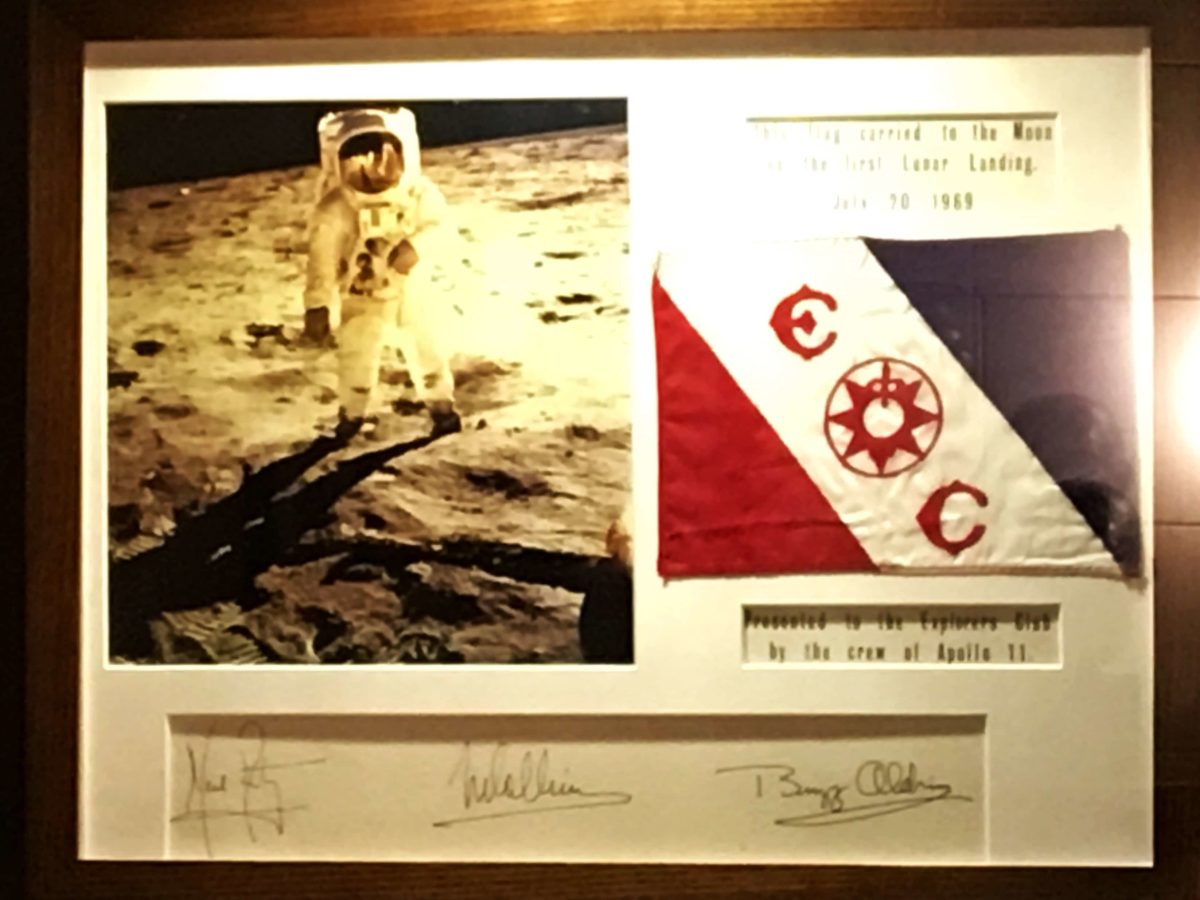 This is the miniature flag that was present at the moon! 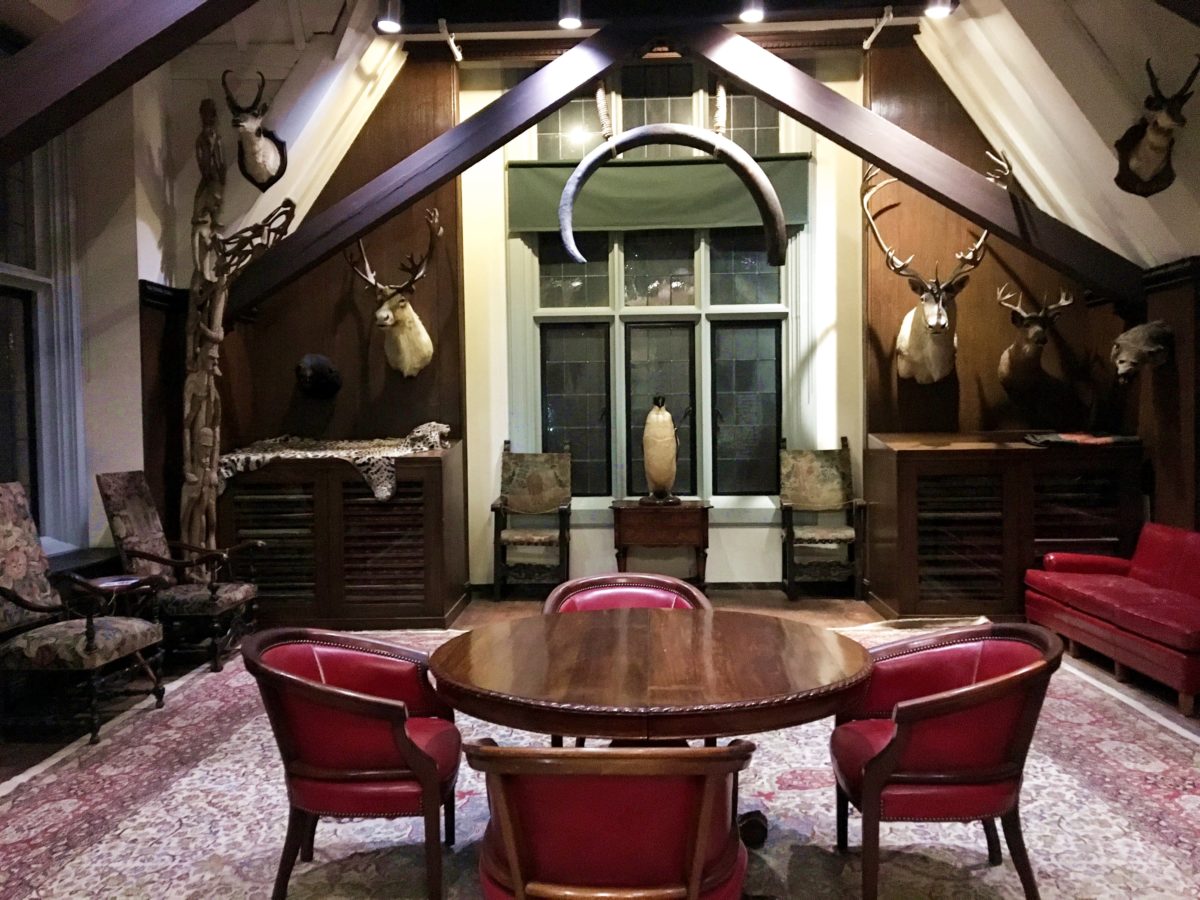 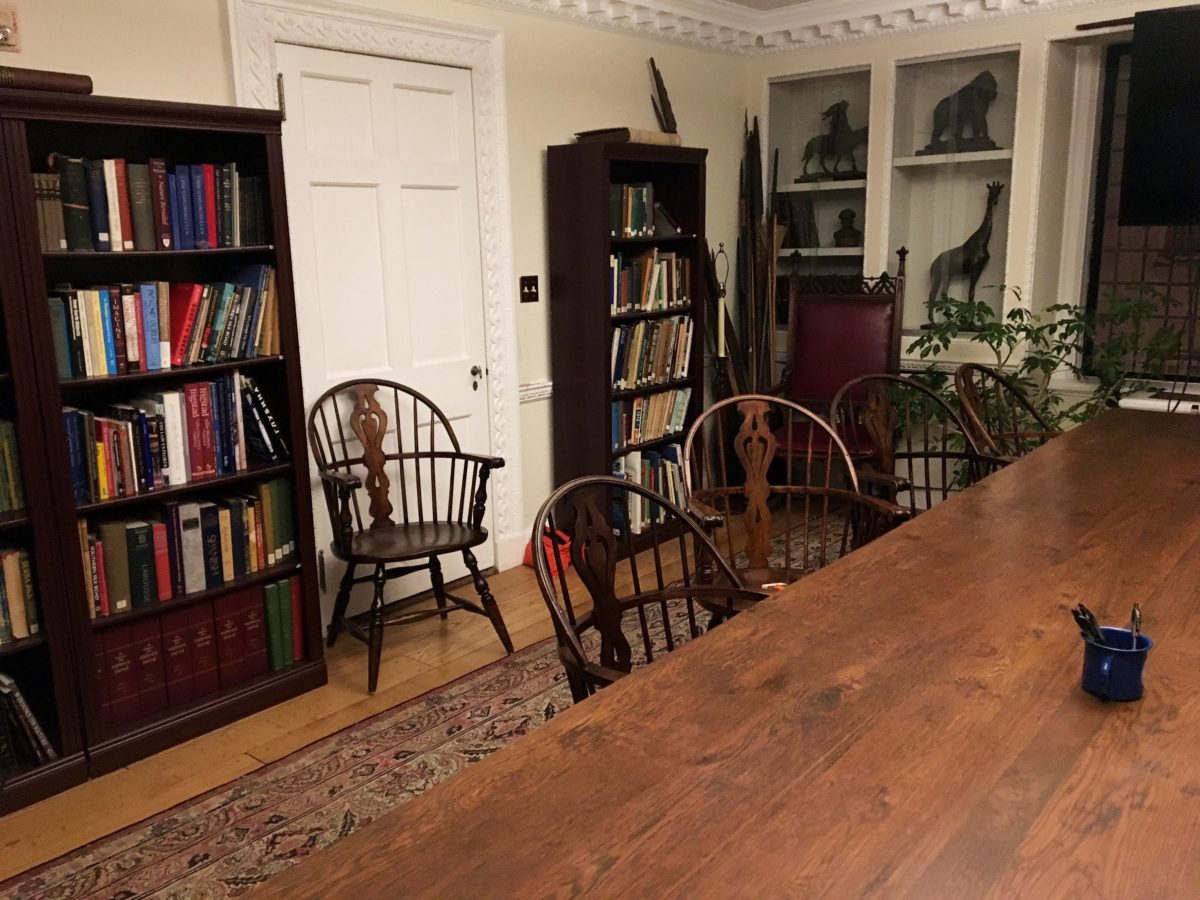 A table for important decitions 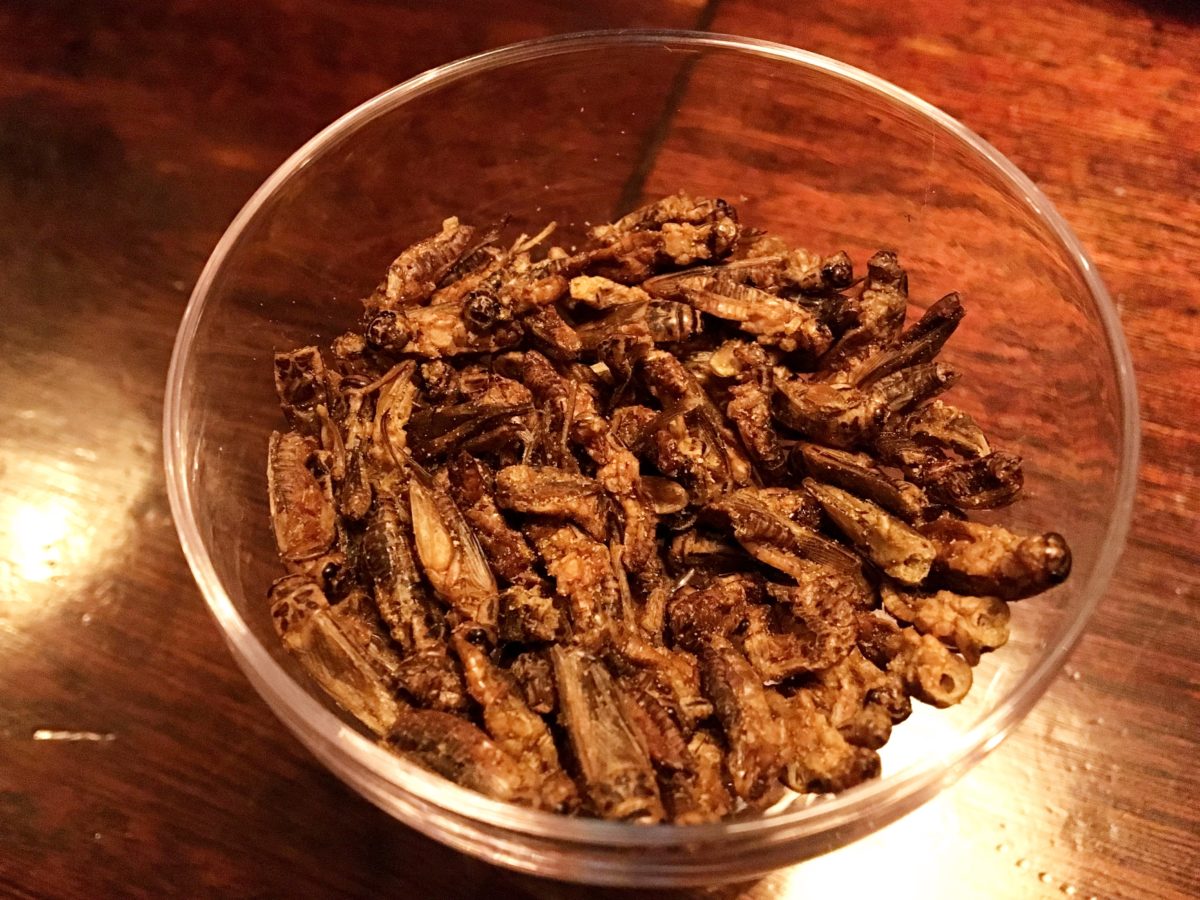 Dried insects is served as a delicassy at the Explorer Club bar.

New Adventures Ahead for the New York Adventure Club

After the extraordinary success in New York, Corey Schneider is now looking to open new chapters in cities across the US. In the long run, he wants to see the Adventure Club spread globally. At the moment, however, he has his hands full with New York, and he makes sure that new and exciting events are constantly being added to the calendar. After all, there’s always something exciting to see in New York.

If you’re planning a trip to the Big Apple, I can highly recommend a tour with New York Adventure Club. Whether you prefer a flying trapeze class or a stolen glimpse into a private society, I can assure you that you won’t be bored. All you have to do is step away from the beaten path. 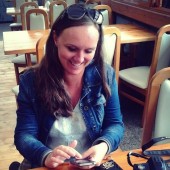 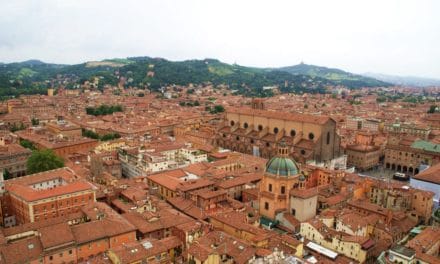 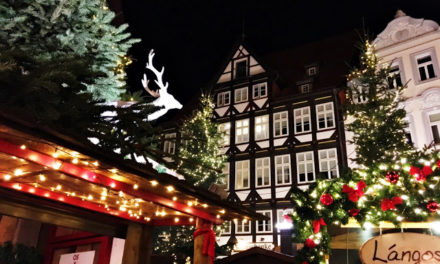 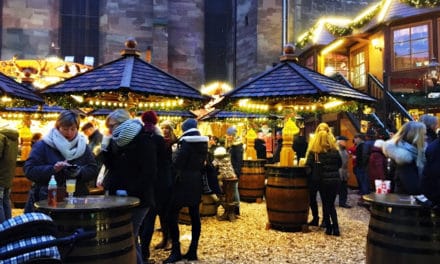 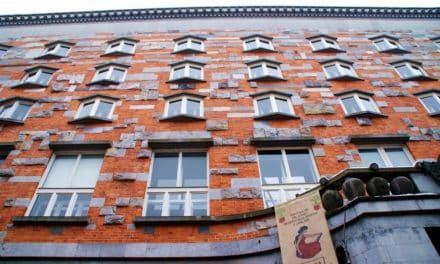